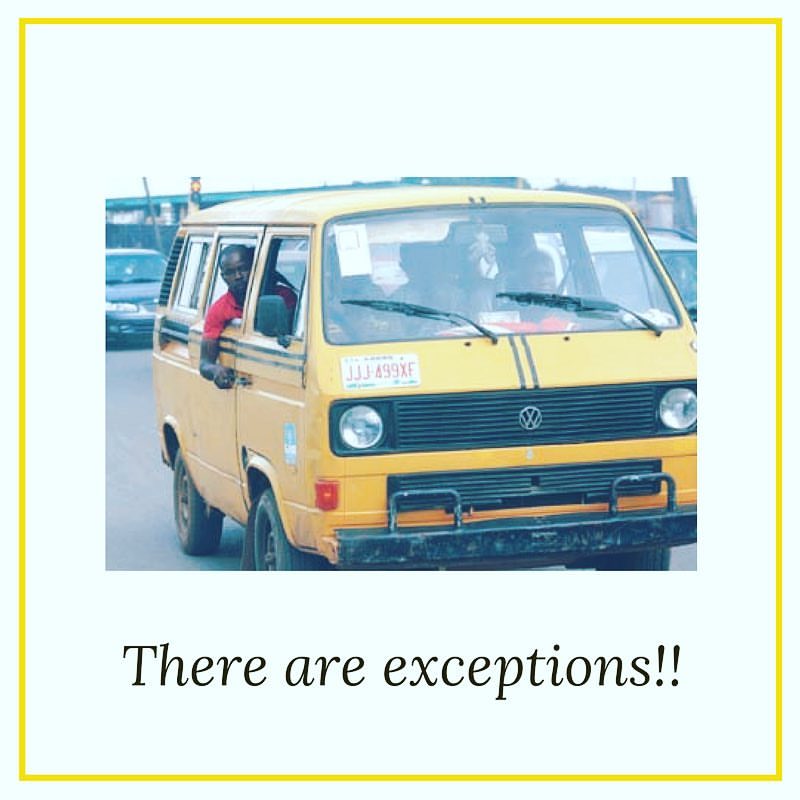 His bus was no different from the others – yellow and Lagos like.
He was trying to enter into my lane from the side, it’s the usual and expected act from our “danfos”
So I did not struggle but allowed him in, however, as he claimed territory, he pleaded and apologised for coming in abruptly with a sincere and kind face.
Wow could this be in my Lagos? These “danfo” drivers owned the roads, they can move from lane 1-4 within seconds…
Truly there are exceptions, my kind “danfo” driver was one.

Don’t judge people based on past behavior of their “seemingly type”
Did you help someone and it turned bad on you, don’t let it stop you from helping another of his seemingly type.
Did someone promise and fail you this year, don’t assume every other person would do so.
There truly are exceptions…and the sons of God are called to be exceptional.

Have a great season!!!