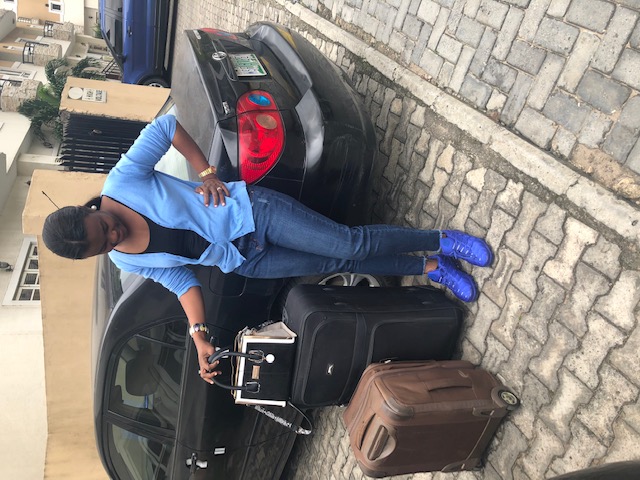 I fly often these days so that’s why I have more airport chronicles.
Saturday, 3rd August,2019
It wasn’t an early flight.. It’s good to take a chill from the early flights, actually this particular airline, a fairly new one, it’s first flight for the day was 10:30am. Not bad I thought, it’s a Saturday, I can work at night or early morning on BeyondaDegree.
Thankfully, I was able to wake up at about 1:30am, joined the vigil that stared at 11:00pm *close my face*  and prayed till 2:00am.
Switched quickly to BeyondaDegree work… worked great 👍  Slept by ~4:00am and I prayed to God that I wake up before 7:30am.
Yes, I woke up about 7:00am and did the quick ones.. off to the airport and got there in good enough time ~9:40am
Since it was a new airline, I was not too sure of their checking point. I found it and was ready to check in… then I met Suleiman.
Suleiman approached me that he can facilitate my check in. He helped with weighting my box, my first box was for my beautiful mum (she had asked me to assist in transporting it to Lagos), quite heavy but I was hopeful it would not be above the limit (20kg). It was 19kg so that was fine…
My supposed hand luggage was 10kg, Mum had given me this hand luggage to use since she was taking my luggage space. I thought it was fine, I tried to limit my packing, well so I thought. Then again BeyondaDegree was next week so I needed to wear different clothes everyday as if I was going to work 😁😁😁
He weighted the hand luggage and it was 10kg 😟😮.
Quickly, Suleiman said he will help me, I shouldn’t worry as long as they don’t see it I can take it in.
Immediately, my integrity “hair” stood up, what’s the maximum?… he answered 6kg. Then I looked at the hand luggage again and realised I had turned it to a second luggage, it was no longer a hand luggage.. 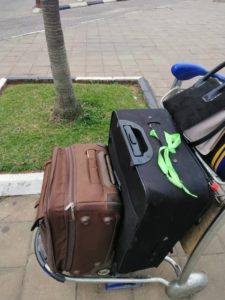 I told Suleiman I am ready to pay, he said why would I give the airline the amount when I can keep it or even add to his tip..
I told him it would not affect what I am giving him because I will him in cash and pay for the excess luggage via POS.. With that understanding, he asked me if was it religion or too much education 😂😂that made me make the decision?
I said it was a relationship with God. I don’t want to hold N4,500 when God plans to give me N45,000.. *I even need God to give me money for BeyondaDegee oo, I better stay aligned with him. 😀😀*
He concluded by saying I need to join the Senate or House of Reps as he was sure I would treat others equally. ( not ready for that now ooo, let’s see how God works things out)
I insisted on queuing for the check in while Suleiman waited for me. I checked in and it was time to pay for the excess. The POS was not working.. the nearest ATM  was at the other end of the airport.. I didn’t have 5k cash to pay, I asked Suleiman and he’s said he had only 1k, I had barely 2k.. I know I am supposed to have a minimum of 5k cash but… hey, I started the week with it but spent it and didn’t bother to withdraw.. ( I need to work on this I admit!)
Now it seemed I was stuck, would Suleiman say that this integrity does not work in Nigeria?
I persuaded the lady to at least try the POS, first try, i was so hopeful that it would work.. we waited the entire 60 seconds for it to load after I had put my pin.. then the response came – transaction declined!! 😟😟
A gentle man by my side asked that he take the excess and add to his. This was not possible so he was attended to and left.
I convinced her to try again.. as I inputted my pin. Within seconds, I remembered the gentleman that offered to assist and I ran after him to ask if he could give me some cash so I would send to his account.
He gave me the 5k and refused to give me his account details. He said it was fine, I appreciates the kind act.
I went back to the lady and paid cash, the transaction was declined again and I was happy to pay her the cash.
I called Suleiman and explained that the gentleman paid for the excess, he was amused and said madam you have faith!!! I happily gave him N1000 to appreciate his time and efforts and I was off to fly…
This God!!! When we stand for him, he answers!!
It may not be the way we want it.. I needed the POS to work but God didn’t need it to work for him to work, he provided the funds in His way!!
As I conclude this piece I started in the plane, I have arrived safely and I am assured that God always makes a way!! #wekeeptrusting #westayfaithful 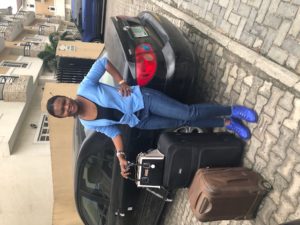 Update: God provided so much more for BeyondaDegree and we had a successful week! 🎉🎉🎉
Share with a friend